Yläkaupungin Yö was was founded during recession time in Finland.

In the beginning of the 1990s Finland faced difficult times. The recession strangled people with a firm grip but at the same time it forced them to act and find solutions. People understood that depressing feelings had to be soothed and unemployment gave more time for hobbies. These factors inspired a creative development, voluntary artistic creation and a demand for cultural services increased notably.

The idea for Yläkaupungin Yö was born at this time. The initial thought for its creation was an open city event, showcasing local talent and a variety of interesting performances that would offer residents the opportunity to enjoy culture free of charge. This idea was brought up by Soili Puranen in a meeting of the University of Jyväskylä Student Union’s Cultural Commitee in 1992. Puranen, a young student and an active art enthusiast acted as the producer of the inaugral Yläkaupungin Yö.

Promptly, venues consisted of museums and galleries, restaurants and cafés, university units, Kirjailijatalo and Vammaisjärjestöjen Talo. Renowned local artists were also involved: Seminaarimäen mieslaulajat, Miljoonasade, artist behind the pseudonym Penis From Heaven, author-director Juha Hurme, sculptor Kimmo Schroderus and dozens of other professional and young artists. There was a longing for this type of event and it had prospects. After all preparations were made and partnerships sealed the event turned out to be even more successful than expected as it had a staggering number of attendees. Moreover, the festival gained wide coverage in the local media.

The same spring of 1992 Yläkaupungin Yö association was founded. Its task was to organize the festival from 1993 onwards. The event was moved to be held in May and in 1994 the association considered whether the event should be held annually. However, the positive feedback from the public, performers and partners at that times was similar as it is today: Yläkaupungin Yö is a highly anticipated event that plays an important role in opening the festival season in Central Finland. It brings together the residents for a joint activity, sets up the spirit of support and enjoyment of the local culture and its riches. 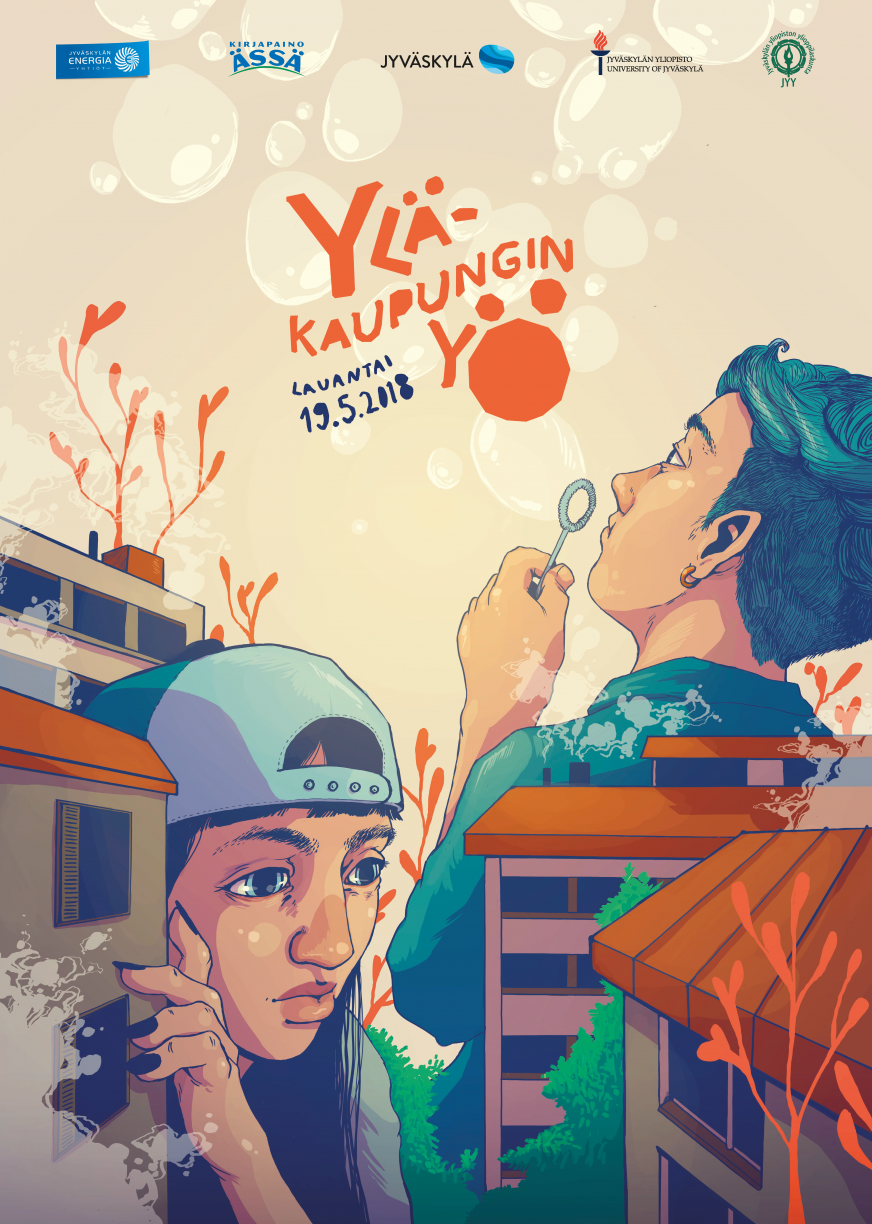